Per the 2017 Decred Roadmap, one of the major deliverables is a proposal system that allows users to participate in the governance of Decred. The proposal system will have 2 main components: a blockchain-based timestamping service and a public version-controlled repository for proposal data. The subject of this entry is dcrtime, the timestamping component. Dcrtime was written by Marco Peereboom over the past couple months and is the result of collaboration between Marco, Jake Yocom-Piatt and Dave Collins. The primary motivation for dcrtime is the desire for the proposal system to have maximum transparency and accountability, while having a minimal onchain footprint. In terms of its onchain footprint and overall design, dcrtime draws on the work of Peter Todd’s opentimestamps, which allows a nearly unlimited number of hashes to be timestamped onchain with the inclusion of a single merkle root in a transaction. The process used by dcrtime can be summarized as follows:

Although dcrtime has been designed as a component of the proposal system, it is expected to have generic utility as a public timestamping service. Any third party that is interested in using dcrtime to generate externally verifiable timestamps can do so free of charge by using our public mainnet server. We expect this to be particularly useful in scenarios where transparency, accountability and time-ordering are of key importance, in either a public or a private context, e.g. computer security, data integrity and various compliance contexts. A more detailed discussion of dcrtime can be found below.

The dcrtime service is comprised of four components:

The proxy is a simple daemon that proxies dcrtime API calls to the non-public dcrtime server. The proxy and server are in fact the same daemon but run in either proxy or server mode. The reason these two daemons are separated is to prevent a daemon sitting on the internet with a wallet passphrase in memory and also in order to be able to scale the frontend. It accepts a JSON REST API call and ensures it can be decoded and immediately transmits it to the backend daemon that does the work. The reply from the dcrtime server is also relayed back to the caller. The magic really happens in the dcrtime server, and for the remainder of this entry, we will not make further mention of the proxy.

The server collects digests that are sent to it and every hour these digests are reduced to a single merkle root. This merkle root is then anchored in the decred chain in a transaction. An example of such a transaction on testnet can be seen here. The merkle root can be found in the entry that is an OP_RETURN followed by a digest. In our example it is:

We included the client reference application which conveniently is called dcrtime. Uploading a digest to the server can be done as follows:

If we immediately ask the server for it the server will return information and indicate that it has not been anchored yet. For example:

Once the digest has been anchored we can retrieve it and find out the transaction the merkle root was anchored in. Note that the client does verify the merkle path that the server returns.

dcrtime represents the first of two components of Decred’s proposal system. Interested third parties can make use of the free public timestamping service provided via dcrtime, which runs hourly, on the hour, as of this post. If you are interested in using dcrtime for timestamping, please contact us on Slack for assistance. If you would like to comment on this article, join us on the Decred Forum. 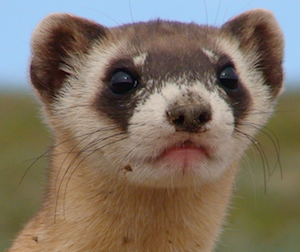