Payments from the new decentralized treasury infrastructure are currently blocked and will be delayed until a new consensus vote takes place to implement a change to the consensus rules. Contractor payouts will continue via the legacy treasury until the changes are deployed and activated.

No funds from either the decentralized treasury or from the legacy treasury are at risk of being lost.

The only practical consequences of this issue are some inconvenience for operators of the Contractors Management System (CMS), the need for a new consensus vote to happen, and some delay for the new treasury to effectively start working. All funds in the network (including, but not limited to the treasury) are safe.

The issue resides in an overzealous check for the maximum expenditure policy. This policy defines the maximum value that a set of treasury spend transactions that are to be included in a block may draw from the treasury.

Due to the test treasury spend transaction mined in mainnet on block 556,716, the maximum amount that can now be spent from the decentralized treasury account for the next few months is approximately 0.15 DCR, which is too low to be able to fulfill all monthly invoices in the CMS system.

While no development team enjoys finding issues in shipped software and doubly so in distributed consensus code, we need to highlight that Decred’s governance model and the way the decentralized treasury functions were introduced worked as designed to prevent a bigger problem.

The rest of this document will provide more technical details about the issue, how it was introduced, how it will be fixed, and its impact on the network.

For the rest of this document, we assume the reader has some basic knowledge about how the new decentralized treasury feature works and how changes to the consensus rules of Decred are proposed, coded, deployed, and activated.

The History of the Expenditure Policy in the Code

The initial Politeia proposal for the decentralized treasury included a provision to limit the total amount of funds that could be withdrawn from the treasury during a period of time. To quote from the proposal:

This was further refined in some comments and will be generally referred to as the “maximum expenditure policy check”.

The motivation for adding this restriction is to avoid overspending the treasury - that is, to avoid withdrawing too much DCR from the treasury account in a short period of time.

This has two main applications:

This restriction would be enforced via consensus rules in the software, and thus be unchangeable without some other voting process taking place and stakeholders weighing in on the matter.

It’s important to note here that no proposal is fully detailed to the level required by actual software code and even this seemingly simple restriction has ambiguity: Decred’s blockchain has no concept of “month” and standard calendar months are not easily transposable to a window of blockchain blocks of fixed size. Nevertheless, developers and stakeholders assumed this restriction could be implemented after being properly specified in terms of blockchain primitives.

However, around October 2020, during development of the treasury feature, two objections were raised against this specific form of expenditure policy:

Therefore, a change in the expenditure policy was proposed and discussed among the developers. The general wording for this policy is noted in the source code:

The sum of tspends inside an expenditure window cannot exceed the average of the tspends in the previous N windows in addition to an X% increase.

A window here is a specific number of blocks, as defined by some constants in the chaincfg package. For mainnet, this works out as roughly:

This wording intended to preserve the original safety and policy characteristics as defined in the Politeia proposal, by capping the rate at which expenditures could grow, but still allowing enough flexibility that it could handle cases where the exchange rate dropped significantly or that the treasury had enough accumulated funds that stakeholders felt comfortable spending a larger fraction of it.

We should reiterate that this is not the only mechanism by which treasury expenditure is limited: in addition to the maximum expenditure check, treasury spend transactions are still subject to being signed by the Politeia keys and go through the on-chain voting process before being included in a block by a proof-of-work miner.

Thus, it was considered that even though this was a change to what was explicitly discussed in the proposal, it was a reasonable enough change and that the other mechanisms would still be in effect to prevent any excessive withdrawal from the treasury account - the expenditure policy was considered an additional protection to the more overriding one, which is the on-chain voting performed by stakeholders.

Thus a new chain parameter was introduced: the expenditure bootstrap amount, which specifies how much DCR can be withdrawn from the treasury when the immediate history has no treasury spend transactions.

For mainnet, this value was chosen to be 16k DCR, which was a value close to the top of the amount spent in the preceding months, maintaining the ability of the decentralized treasury to keep paying the existing contractors.

It was the implementation of this specific feature that caused the policy check to fail when a test treasury spend transaction is present in the immediate history.

The code related to the bootstrap amount can be summarized as follows (this is an edited section of the maxTreasuryExpenditure() function, redacted for clarity):

Note the last if statement: if there is at least one preceding window in which a treasury spend transaction (“tspend”) was mined, then the average used to derive the limit is calculated as the total spent across all tspends over the number of non-empty windows. Otherwise, the bootstrap amount is used.

In other words, a single tspend transaction in the recent blockchain history already switches the expenditure check from using the bootstrap amount to using the historical amount.

Therefore, when the test tspend transaction was published and mined in mainnet, spending a total of 0.1 DCR from the new treasury account, the expenditure check code was “locked” into only allowing a 50% increase from this amount.

While unit tests were written to assert the correct behavior of the expenditure check in the upper limit of operation (that is, when a set of transactions is trying to spend more than allowed) no tests are verifying the behavior in the lower limit operation. Manual testing was also not performed for this particular case.

Recovering from the Bug

The resulting effects from locking the decentralized treasury on such a low level of possible spending are the following:

While those are unfortunate effects, they are not critical. In particular, as presented in the previous section, this issue cannot be used to withdraw additional funds from the treasury.

It’s also important to highlight that all the other checks on treasury spends are intact. And that the decision to perform a staggered move of the funds and not completely empty out the legacy treasury wallet is also providing us with plenty of room to maneuver around this issue.

Finally, we’re now faced with a decision regarding how to recover from here on. There are two primary options:

Being very optimistic, any on-chain vote would take at least 3 months to write, deploy and activate. On the other hand, simply waiting for the treasury to be unlocked to try again doesn’t solve the underlying issue and could cause the issue to happen again.

Given those prospects, the fact that the exchange rate is no longer an immediate factor in deciding the expenditure level for the treasury (when compared to the amount received from the block reward) and the fact that the currently implemented expenditure check was an explicit change from the one discussed in the proposal, we have decided to write a change to the currently implemented max expenditure check to bring it in line with what was in the original proposal, and to put it to an on-chain vote.

This change will take a form of a DCP, along with appropriate code to implement it, to be released in a few days. Voting for this consensus rule change will happen once a new software version is released that implements this agenda (most likely also with the explicit version upgrade change).

While the proposed change for this issue is the initially proposed minimal context constraint that stakeholders have already voted on via a Politeia proposal and solves the immediate situation, it is worth pointing out that it doesn’t address the long term concern about using the expenditure policy in regimes where the USD/DCR exchange rate is much lower than the current one, or when the income generated by the block reward is significantly smaller than the withdrawal rate needed by the treasury.

As demonstrated, imposing algorithmic spending constraints that are flexible enough to handle ongoing operations as well as sporadic high variance payments while simultaneously avoiding malicious actors is a delicate balance to get right and any proposed solution might have subtle failure modes that will need to be addressed.

Future work will need to refine spending constraints using information about spending patterns that emerge through continued use of the decentralized treasury.

Thank you to the following people that contributed to this post (alphabetical order): 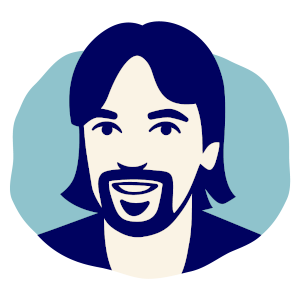